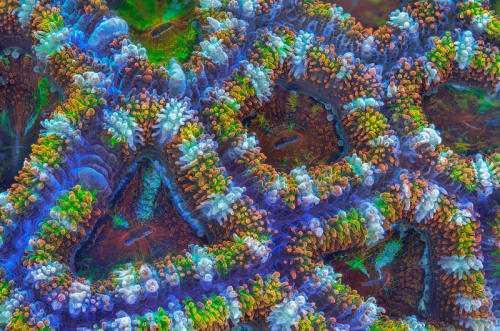 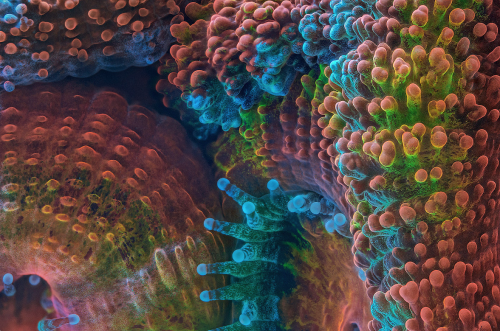 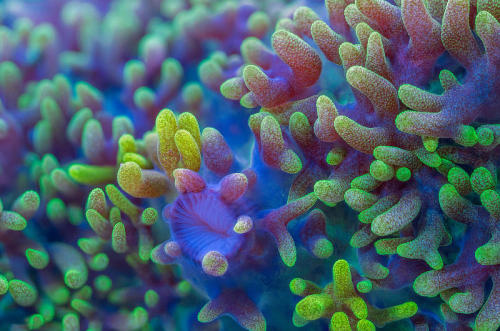 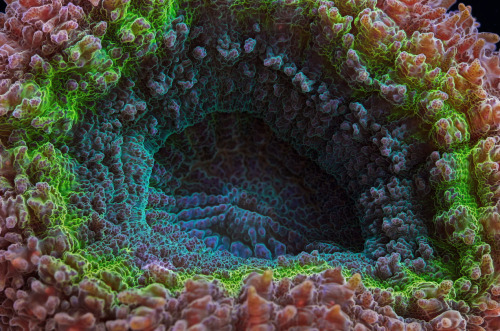 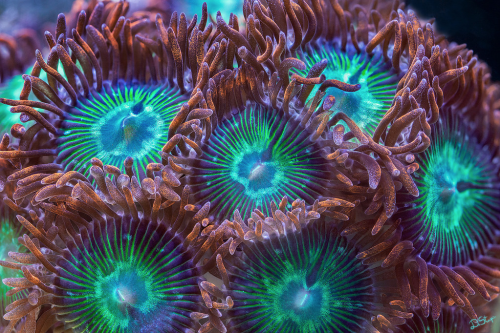 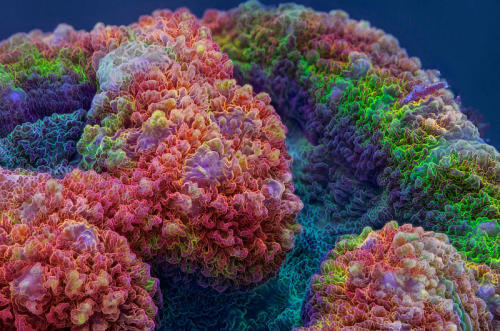 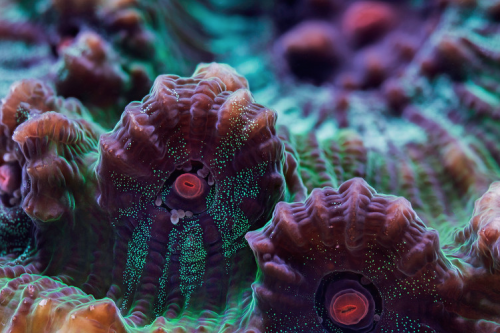 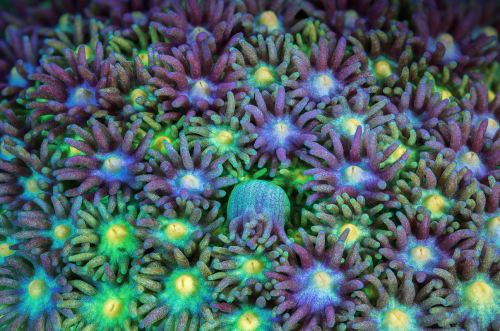 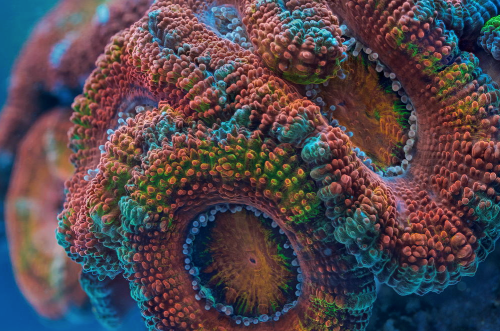 daniel stoupin, a doctoral candidate in marine biology at the university of queensland, has photographed a variety of coral species from the great barrier reef using full spectrum light to reveal fluorescent pigments that would otherwise be invisible to the naked eye. (see more at bioquest studios)

coral growth rates in the great barrier reef have plummeted 40 percent in the last 40 years, a result, according to a recent study, of increased ocean acidification. since the beginning of the industrial revolution, about one third of the carbon dioxide that has been released into the atmosphere as a result of fossil fuels has been absorbed by the oceans, where it in turn prevents coral from using a mineral called aragonite to make their calcified skeletons.

newmodelling has also shown that if ocean waters continue to warm by even one degree, which most now see as unstoppable, the coverage of corals on the great barrier reef could decline to less than 10 percent, which is a level too low for the reef to mount a recovery.

further complicating matters for the coral is the plastic detritus left by humans which now litter the oceans and which the coral now consume. unable to expel the plastic bits and thus take in nutrients, the coral slowly starve. a recent study found that each square kilometre of australia’s sea surface water is contaminated with approximately 4,000 pieces of tiny plastic.

These uniquely lit corals caught our eye, and the fact that we might lose them.

Erosion of the Great Barrier Reef tells a story of how our environment is changing at an unprecedented rate. Read more about how one of the most diverse (and beautiful) marine ecosystems is threatened by climate change.

NOAA scientists are about to embark on a month-long expedition to study ocean acidification impacts on the U.S. West Coast. This video shares why this is such a big concern for the PNW’s huge shellfish industry.