Yesterday I made a Wookiepedia themed character sheet, and then today I turned it into a PDF you can type in bc I’m actually loosing my mind-

ANYWAY! Here’s the link to the document, save yourself a copy and create away!!! (Mahalo to my beloved friend for making this link!)

The file should look something like this but you’ll need to save it to a Google drive or something in order to edit it:

Each heading has a text box below it, and so does the statistics on the side! There’s also a place for a quote on the top, just like on Wookiepedia. As well as a place for a picture.

This took 5 hours and I’m so unbelievably proud of it! I hope it can help you guys have fun with your ocs!

If you credit me, please just type “@/queen-breha-organa” , if I get too many mentions it might just destroy my notifications hajsjjsjs

I thought someone may like this. This is the collection of sites and pages I usually use to give form to an original character:

All kind of generators, from Anime/Manga to Superheroes

A lot of writing exercises and random generators

Even more fandoms and styles

Very versatile character creator, is a little tricky to use and need some practice

A lot of boards about character inspiration

Another one with character inspiration boards

How many OCs do you have?

Here’s some considerations for the tiny little details that can add a lot to a character. Figuring out these mannerisms can do a lot for conveying character traits through their normal actions rather than just their thoughts, dialogue, etc. 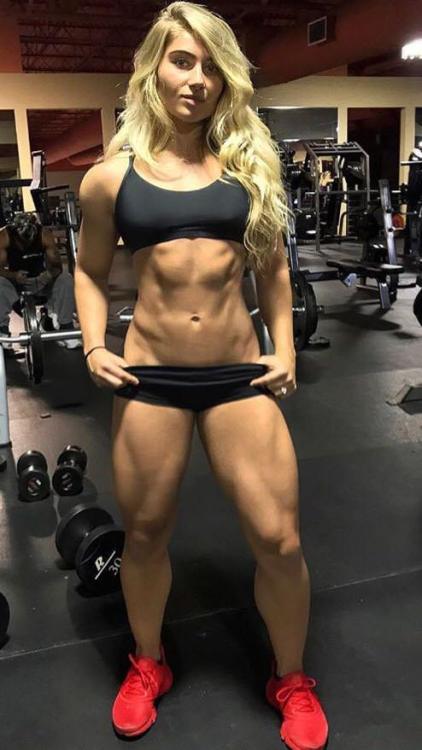 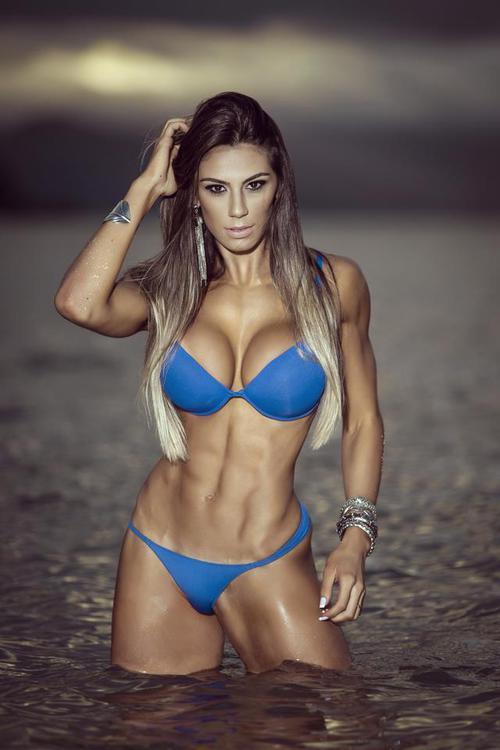 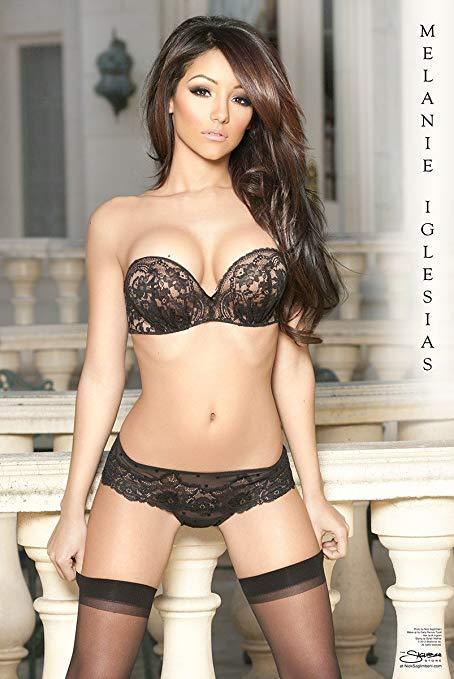 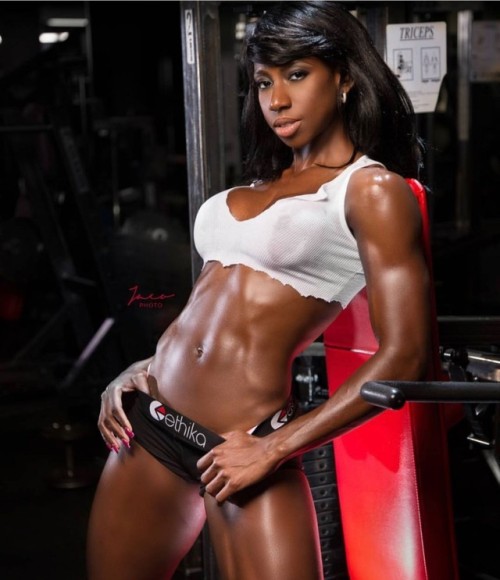 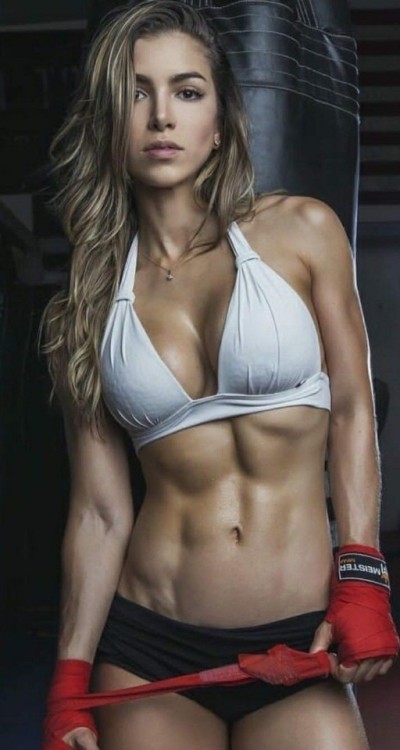 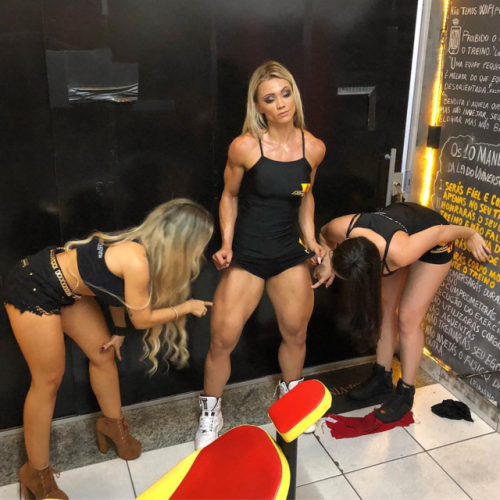 From left to right #s 1-6. Who would you like as inspiration for a future Whitewash High verse character?

The question I get the most is how I write characters that feel like real people.

Generally when I’m designing a human being, I deconstruct them into 7 major categories:

1. Primary Drive
2. Fear: Major and Secondary
3. Physical Desires
4. Style of self expression
5. How they express affection
6. What controls them (what they are weak for)
7. What part of them will change.

1. Primary Drive: This is generally related to the plot. What are their plot related goals? How are they pulling the plot forward? how do they make decisions? What do they think they’re doing and how do they justify doing it.

2. Fear: First, what is their deep fear? Abandonment? being consumed by power? etc. Second: tiny fears. Spiders. someone licking their neck. Small things that bother them. At least 4.

4. Style of self expression: How they talk. Are they shy? Do they like to joke around and if so, how? Are they anxious or confident internally and how do they express that externally. What do words mean to them? More or less than actions? Does their socioeconomic background affect the way they present themselves socially?

6. What controls them (what they are weak for): what are they almost entirely helpless against. What is something that influences them regardless of their own moral code. What– if driven to the end of the wire— would they rejectsacrificing. What/who would they cut off their own finger for.  What would they kill for, if pushed. What makes them want to curl up and never go outside again from pain. What makes them sink to their knees from weakness or relief. What would make them weep tears of joy regardless where they were and who they were in front of.

7.WHAT PART OF THEM WILL CHANGE: people develop over time. At least two of the above six categories will be altered by the storyline–either to an extreme or whittled down to nothing. When a person experiences trauma, their primary fear may change, or how they express affection may change, etc. By the time your book is over, they should have developed. And its important to decide which parts of them will be the ones that slowly get altered so you can work on monitoring it as you write. making it congruent with the plot instead of just a reaction to the plot.

But most of all, you have to treat this like you’re developing a human being. Not a “character” a living breathing person. When you talk, you use their voice. If you want them to say something and it doesn’t seem like (based on the seven characteristics above) that they would say it, what would they say instead?

If they must do something that’s forced by the plot, that they wouldn’t do based on their seven options, they can still do the thing, but how would they feel internally about doing it?

How do their seven characteristics meet/ meld with someone else’s seven and how will they change each other?

Once you can come up with all the answers to all of these questions, you begin to know your character like you’d know one of your friends. When you can place them in any AU and know how they would react.

They start to breathe.

This is an excellent resource (that I will now be using) for not only writing original character but fanfiction, too. Getting the characters right is always a little tricky especially if it’s something you haven’t experienced/written yet or if it’s just a tough character to work with and write properly. 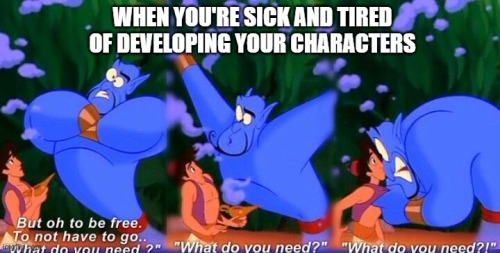 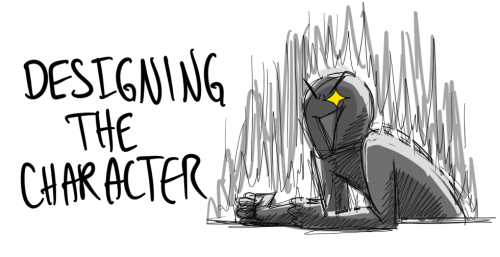 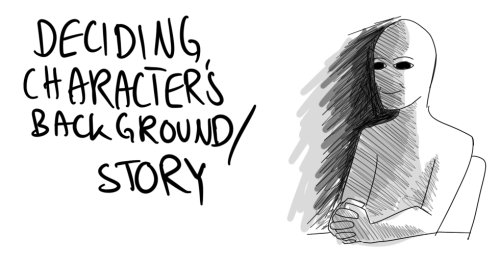 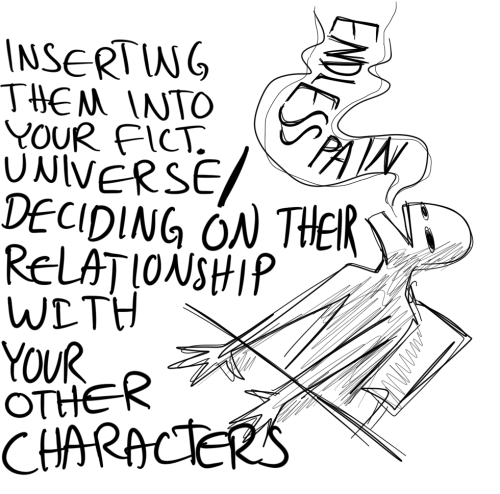 This is the real process

Character Interactions and putting your character into your world/story:

How I create my characters

I’ve been getting questions on how to create characters recently, because apparently lots of y’all don’t know where and how to start creating a new character. I don’t think this post will help everybody, since everyone has different methods on creating characters (eg. some come up with names first, others come up with appearance first), but in this post I’ll be sharing my character creation process. I hope it will help! <3

This is a less well-known method to start creating a character, but for some reason it’s always how I do (and it always works lmao). It’s hard to create a character from scratch, so instead, I think about an iconic line that the character could say, which is usually related to my wip’s theme or mood. I came up with this line for an oc :

“I’ve been trying so damn hard to make everyone smile, but I get it now. The world would be happier without me, wouldn’t it?”

Justfrom this single line, I already know lots of things about this character :

• They always put the happiness of others before their own.

• They’ve probably been told that they need to have a positive effect on others in order to have the right to live.

• They’ve been trying to please others, but end up worsening things.

• …They probably had a corruption arc and won’t get a happy ending :“D

• The moment when they say this line is their breaking point

See? Just from two sentences, I already have an idea of their personality and backstory. Sometimes, I even get an idea for their appearance too. This is way easier than not knowing what to do first to create a character from scratch.

After having a rough idea of how they look like, I’ll imagine them in various scenes in my wip and come up with their personality. If there are already other existing ocs in the wip, I always be careful to not repeat too much aspects from the other characters, so each character will be unique.

Then,asking why the character has a specific personality will create their backstory. For instance, if a character has trust issues, ask why. Maybe they’ve been betrayed by a loved one before? Or they live in a dangerous world where everyone double crosses people to survive?

After I know their appearance, personality, and depth, that’s when I decide a name for the character which fit their vibes or has symbolism. For example, my character Bayu’s name is symbolic because it means "wind”, reflecting how he’s a thief who moves as fast as the wind.

Sometimes, I don’t immediately search for a permanent name if I’m out of ideas. I’ll just choose a random placeholder name that fits their vibes, and remember to come up with their real name later.

After knowing all the general information about the character, I’ll begin plotting out their character arc - their development throughout the book/series and whether it’s a positive or negative character arc. This stage is the hardest for me, because I need to figure out its starting, breaking, and ending point, and also the factors and people involved in the arc. I have a post series about both redemption and corruption arcs, you can check my masterlist to find them!

For a lot of writers, creating a character is a huge process. Some can find themselves halfway through writing their novel and find that they don’t know their character. And if the writer doesn’t, bad news, the readers won’t either. So what do you do? (Video version here.)

This Post was made possible thanks to the contributions of our Discord Community!

The three henchmen villains of my story and I love them

I had countless technical difficulties during this speed paint that I’m dreading editing the video. BUT I like how she turned out. UNFORTUNATELY the quality ain’t the best cause just as I finished Krita crashed and all my work was gone. Luckily I had the recording of the image so that was there. But it ate at the quality a bit. Oh well. It turned out nicely anyways I’ll make the speed paint of this picture later.

Unfortunately my screen recorder crashed so no speed paint of this. BUUUT I have it done! Tsuki Ootori is my favorite of my OCs so far. I used two shading styles cause idk which one I liked better but here she is.

Gonna be making a speed paint of this precious doll soon!

Rosalie Raines by me! TheThugSeme! Another character in the story I am working on!

Redesigned an old character. Here she is in all her glory!

Her name is Tsuki Ootori, created by TheThugSeme 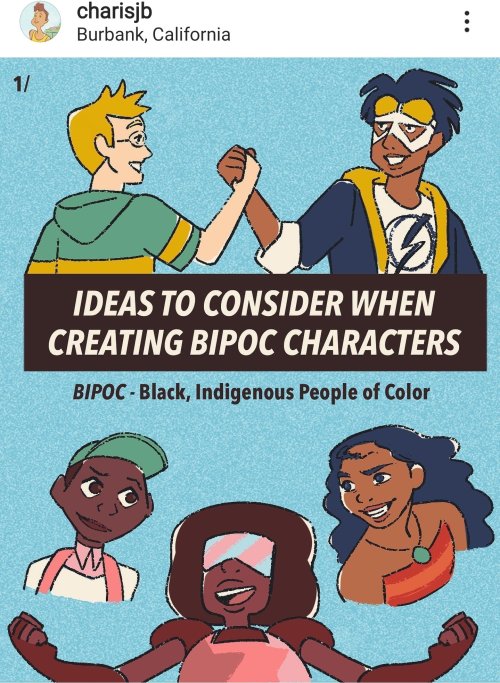 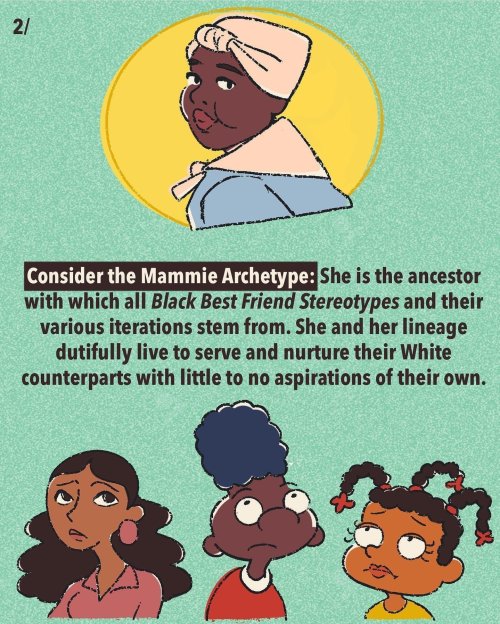 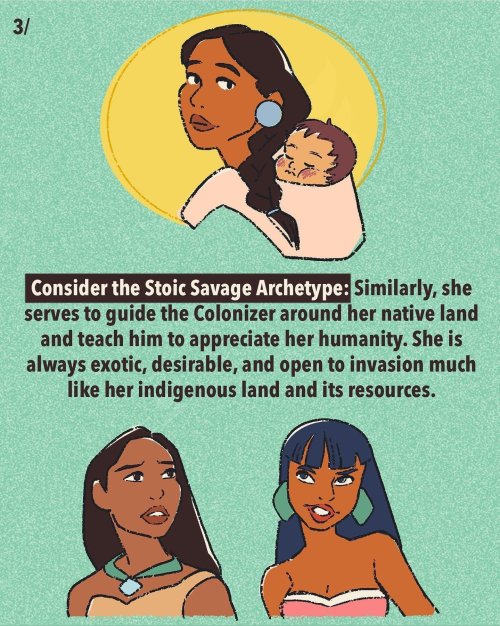 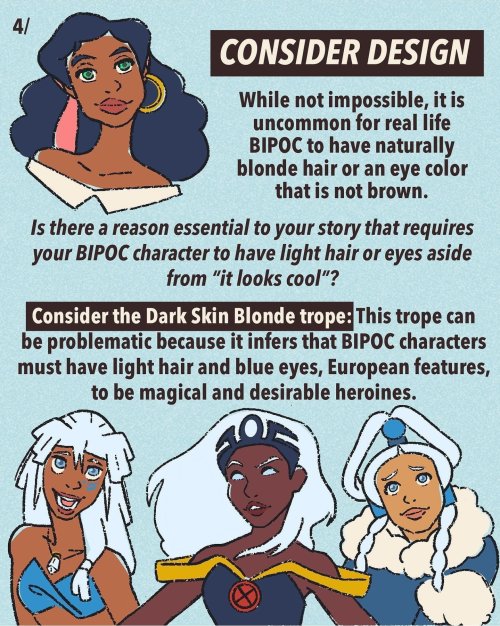 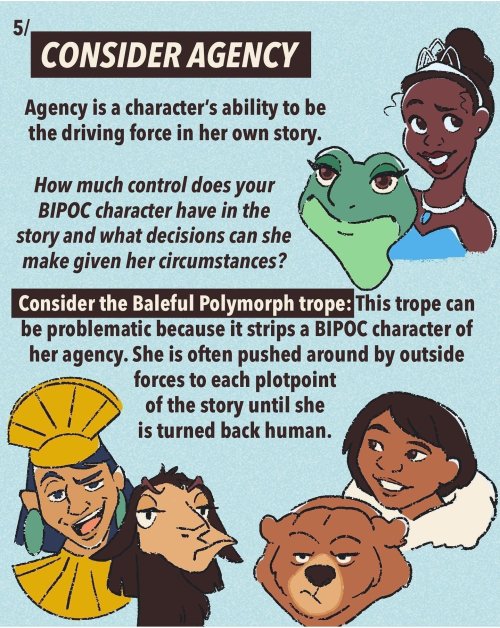 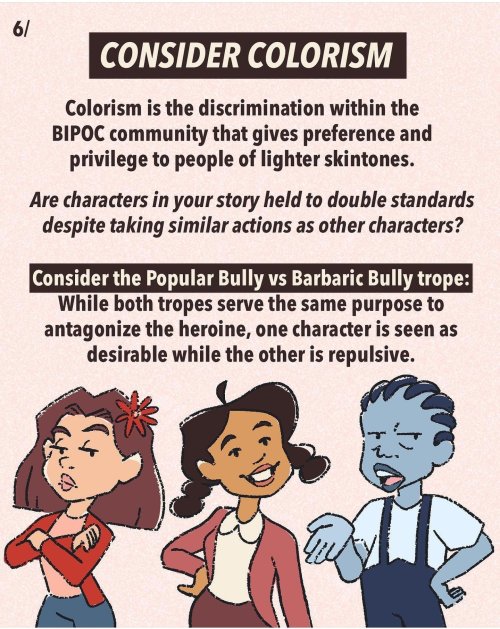 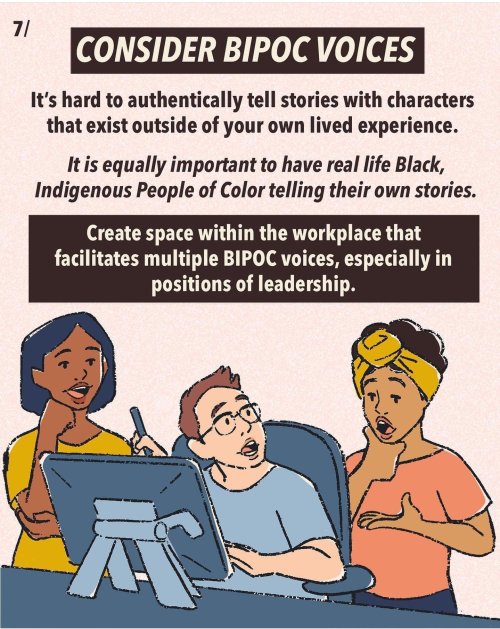 Important ideas to consider when creating characters who are black and indigenous people of color. (x)

This is so important

Hello! I’d like to share with you a character work game! I call it “Six Secrets” and honestly it’s a work in progress but I’m sharing it anyway

You can also decide who knows and how

The secrets don’t have to have anything to do with your actual plot! The secrets can have super low or super high stakes! It doesn’t matter! But you will absolutely have a better idea of your character’s intentions and state of mind, and you may wind up coming up with some new plot points/obstacles to play with