A Mission to Better Manage Emissions with Blockchain

Heard of carbon credits? They’re permits that help manage carbon emissions. Countries and businesses receive credits from a governing authority allowing them to produce a given amount of carbon emissions. If they produce less carbon than they’re allotted, they can sell the remaining credits. In theory, this promotes cleaner, greener business practices, but managing carbon credits is a complex process, as there’s no central exchange for trading them. IBM is tackling the problem head-on, working with Veridium, an eco-minded coalition of industry leaders, to manage carbon credits on Stellar, a public blockchain network. IBM is committed to environmental stewardship, and by helping carbon credits work harder on blockchain, IBM is working to better protect our environment and make the world a better place for everyone in it. 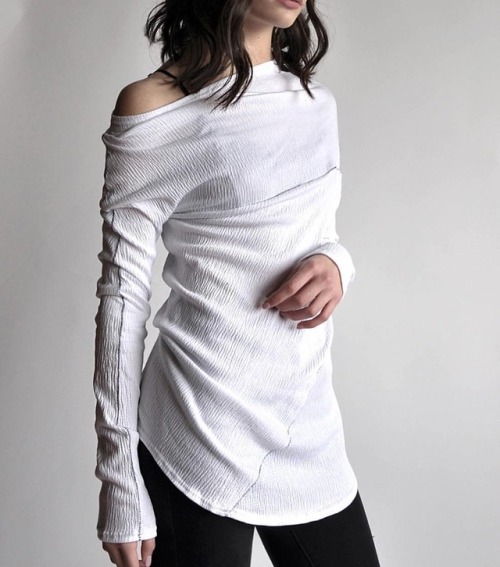 S/P/L/I/C/E in Limited Edition Crinkled Cotton Gauze. This reversible longsleeve is made from multiple asymmetric panels and scar-stitched together in perfect harmony. Grab yours on the site or the @NOCTEX App 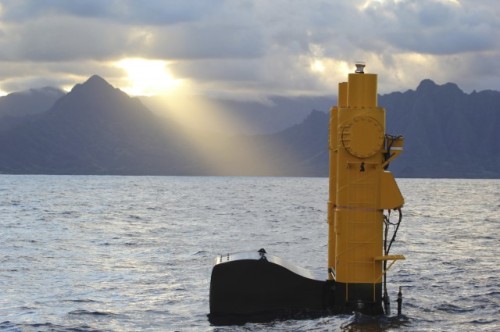 Scientists [in the U.S.] are currently just testing the waters with one tidal-powered generator, but if all goes swimmingly, then it might not be long until America finds more and more of its power being supplied by the ocean.

Full article and a video can be found here. 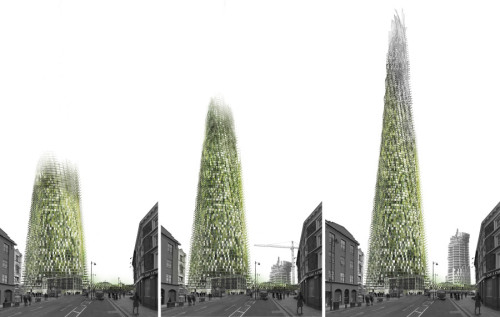 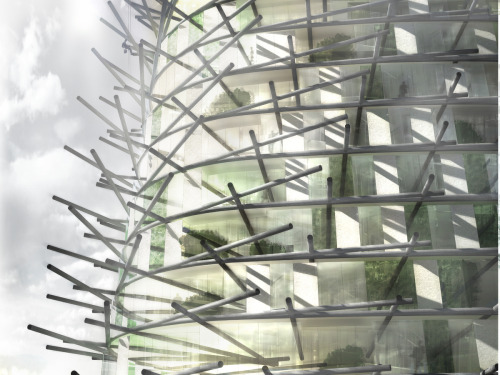 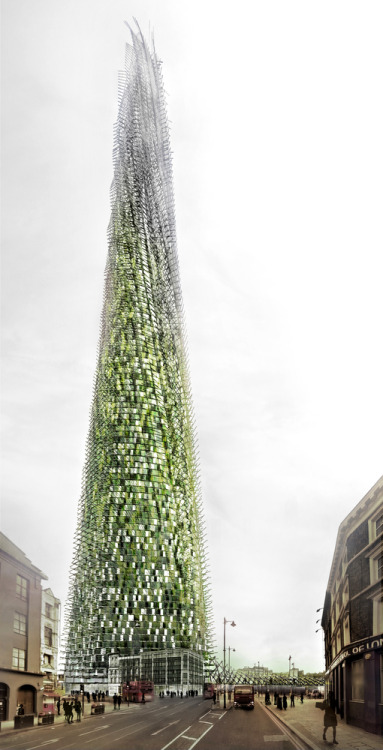 TODAY IS THE DAY!

A 60 second video of our children over the years. We have always given them space to do a dangerous things carefully. Voice over by Jordan Peterson. 

Today we are adding 20 logs to the mushroom garden. Half oyster and half shiitake. The term that comes to mind is passive-food production. It will take two years for these logs to start sprouting mushrooms. But once they get going, they will produce for 3 to 5 years (depending on the diameter) over two years ago we started this and are now seeing the benefit. If every year we add 20 logs… could you imagine 10 years from now! (universe willing) It is a rewarding feeling to carve mushrooms off logs. Not to mention the nutritional content of #shiitake, #Lionsmane and #Rishi. Mushrooms have been a living food and medicine we’ve developed a relationship with for 10,000 generations. We are just trying to get back to some of that. #passivefoodproduction #mushroomlogs #comebacktoearth

Found a little bit of magic in our hives this morning. The birth of a honey bee.

Our son (9 yrs) harvested this squirrel on the last day of the hunting season. He skinned it, gutted and prepared the meat all by himself. He started the fire, made the spit, and set up his camp. He is mastering his environment. ( let’s see how long this stays up before the young, keyboard gangster living with their parents, flags this as adult content. 4th time posting this. Tumblr, this is not in violation of your community guidelines)

Our dependence on fossil fuels is complex and it’s increasing. We need a sustainable solution. What about using the sun’s energy to power our cars? We already use the sun’s energy to create electricity but it’s difficult to store and it isn’t available on demand: so we need a liquid fuel.

Plants make liquid fuels from sunlight using a chemical reaction, but they’re not very good at it. Scientists are trying to make an improved version of this process using artificial leaves. If we could improve it to make fuel more efficiently, and pack all this fuel producing leaf power into a much smaller space, we could have a bottomless supply of sustainably produced liquid fuel.

Plants can’t solve all of the world’s problems, but in the hands of some forward thinking scientists, they could reduce our dependence on fossil fuels and on the list of global problems worth addressing: that’s a big one.

Happy Earth Day!  Remember to include disabled people in your activism and sustainability plans, because one person’s luxury is another person’s lifeline. Plastic straws are a good example of this, but there are tons more in places you might not expect. 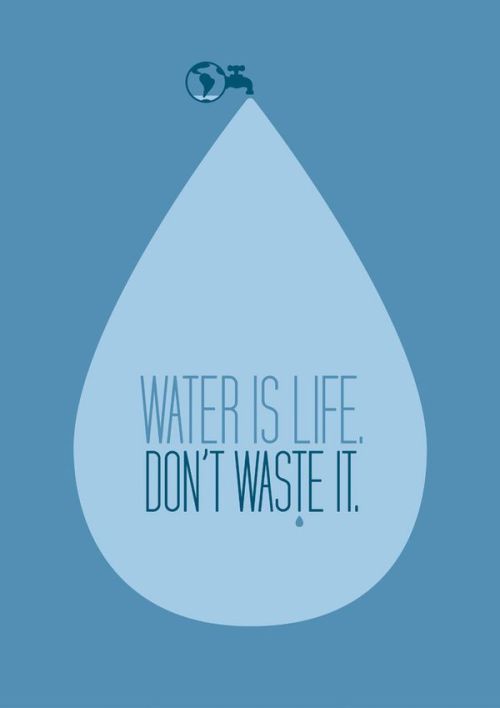 CONSERVE WATER - take shorter showers, don’t leave the faucet on when brushing your teeth, and fix your leaks. 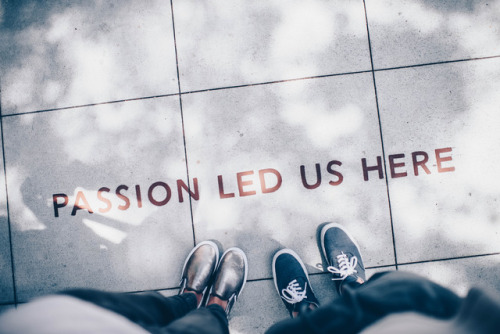 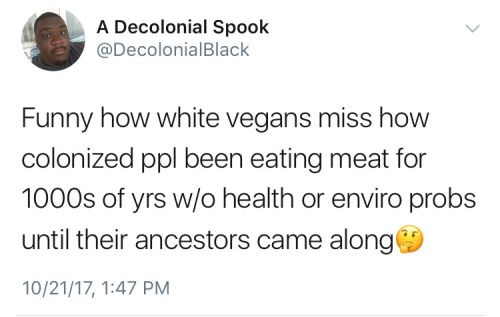 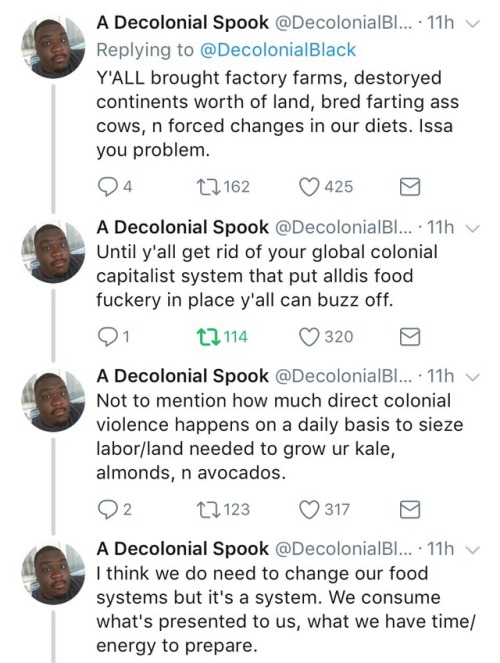 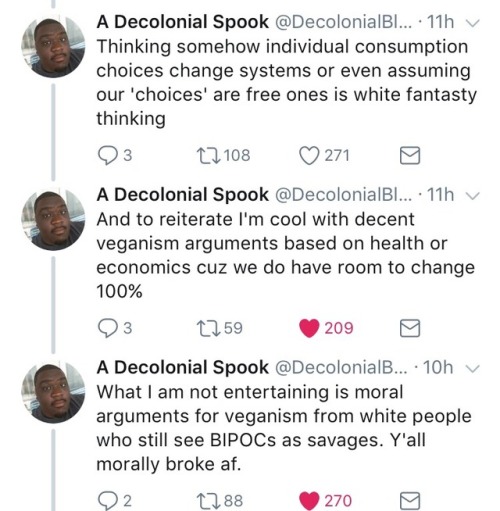 then its futile and useless to even try

i dont have time to get into this but it really..idk.

Boycotts work when you want to protest a particular company or organization, not an entire food group that we as human beings rely on. This would be like trying to boycott clothing or shoes or vaccines. None of us claim boycotts are useless, just that your ideas of it are.

Only 1.9% of total U.S. Greenhouse Gas emissions come from cattle! Eliminating or reducing cattle in this country would not only have a MINIMAL impact on cutting emissions, it would remove one of the most nutrient dense foods we eat (beef) and lower the sustainability and health of our pastures and farm land. Farmers should continue to work to minimize their cattle’s impact on the environment, but the good of cattle far outweighs the bad and it doesn’t make sense to eliminate them!

Beef cattle build soil health through grazing and spreading of manure. They allow farmers to grow food for people during the winter. They convert poor forage due to drought into high quality food. They take millions and millions of acres in this country that could not grow food and convert the grass into high quality food. They also improve all of these acres by grazing them and putting nutrients back in the soil. Beef provides many essential nutrients in a diet and is a cheap, healthy, great tasting protein!

Vegans of tumblr, listen up. Harvesting agave in the quantities required so you dont have to eat honey is killing mexican long-nosed bats. They feed off the nectar and pollinate the plants. They need the agave. You want to help the environment? Go back to honey. Your liver and thyroid will thank you, as well. Agave is 90% fructose, which can cause a host of issues. Bye. 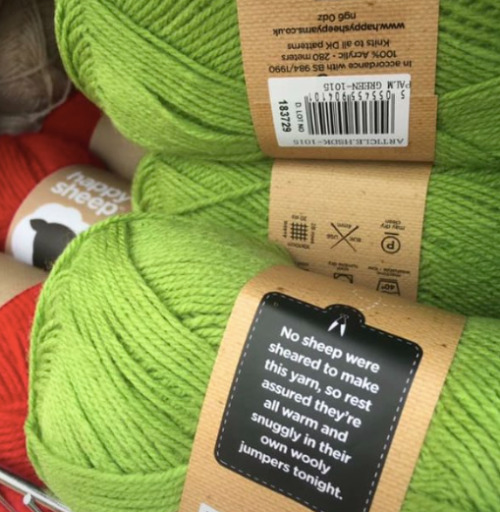 This fake yarn is supposedly better for sheep.

So any garment you wash will release microfibres into the sea. It’ll never decompose.

You’re supposed to believe that sheep shearing is violent and cruel. There are imbeciles out there that work in an unprofessional manner while shearing, but that’s not the case overall.

Sheep don’t suffer from having their fleece removed.

Left on, the fleece can become a home for fly eggs and the subsequent maggots which can eat the sheep. Chemical treatments are available to prevent that happening. It’s much better for the sheep, the land and the farmer to avoid chemical use.

Don’t be fooled. Wool is a sustainable material, one we should make more and better use of.

Any garment you wash will release microfibres into the sea. It’ll never decompose.

This is very important.

And you need to wash acrylic wool garment more often than natural wool. They get stinky way more easily.

In my almost-decade of owning sheep, there have been exactly two(2) bad shearers try to start up in the area. Know what happened? The first farm they went to called every other shepherd in the area and said “This guy cut one of my sheep and didn’t think it was a big deal, don’t hire him.” And neither of them ever did business in the area again.

Some farmers are less conscientious than they should be about taking care of their stock, and the occasional tiny nick will happen, but no one is going to hire a shearer who is a) incompetent enough and b) uncaring enough to actually injure the animals to the point of bleeding, let alone the kind of horrors the internet claims.

Also, most breeds of sheep will literally die if they go too long without being sheared. PETA (and let’s face it, most of this anti-wool stuff can be traced back to deliberate misinformation from PETA) doesn’t care if sheep die, they have openly stated that they would prefer every domestic species that can no longer survive without humans go extinct rather than live in “"slavery.”“

Humans and sheep have lived together for over ten thousand years, they’ve been domesticated longer than dogs!Their lives consist of doing whatever the heck they want (for the most part they only want to walk, eat, sleep, play, and make lambs) while being fed and cared for, for the low price of having their hair cut once a year. Why would anyone boycott this natural, biodegradable fiber humans have been using for so long to the benefit of both species, in favor of plastics that are killing the planet??

Sometimes, I wonder if PETA just wants humanity to die out 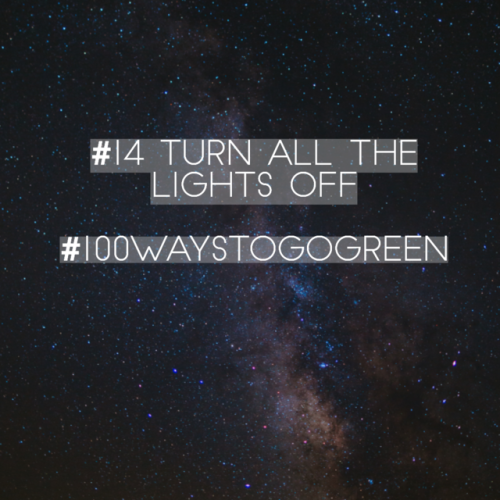 #14 turn all the lights off

Especially today, it is literally about turning all your lights off. It’s earth hour at 8.30 pm your local time. Living in the dark for one hour is a message that you care about our planet. But turning everything off you don’t need at the moment is something important every day. So much energy is wasted by tv’s nobody’s looking at or lights in rooms with no one in it.