Unboxing videos but its a werewolf filming her vampire wife groggily waking up from a coffin when the sun goes down.

Werewolf: what could be in this box
Vampire: [muffled voice] your wife

Werewolf opens the coffin: Beautiful, just what I always wanted!

The empty coffin on screen: [bashfully] Stop! I dont have my makeup on! 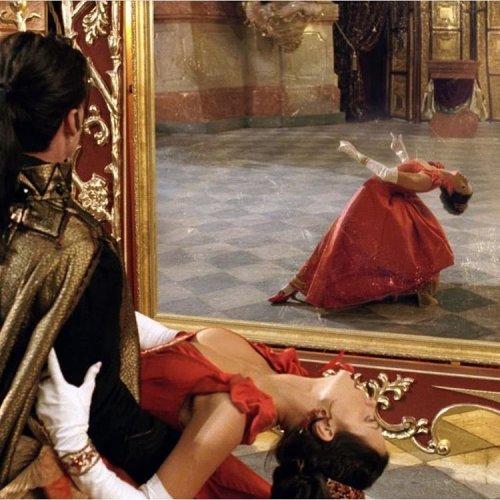 The best part about this scene wasn’t just that Dracula didn’t have a reflection. She was at a ball with a few hundred other people attending it, and during this dance, there were dozens of other couples also dancing alongside Anna and Dracula. The scene showed that everyone at that ball was a vampire, not just Dracula. And she was the single only human there. It’s so subtly threatening to be surrounded by bloodthirsty killers all dressed to the nines, masked and pretty. And it was such an ingenious way of telling that part of the story, I adore this movie so much.

Yeah, that one shot with the mirror showed so much in such a small amount of time. 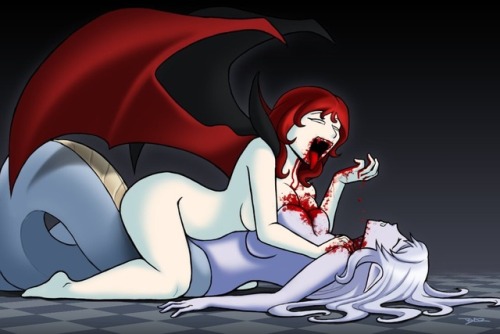 Just saying hello to vampire!Majima from my Cry Little SisterAU

Universal Monsters through the years: Dracula 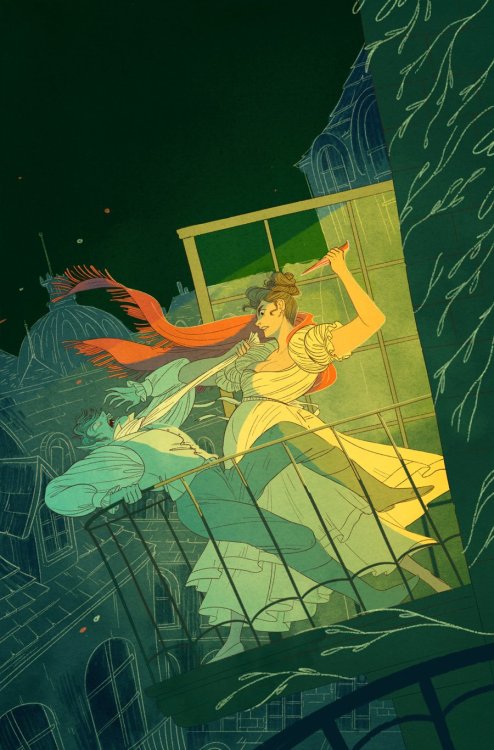 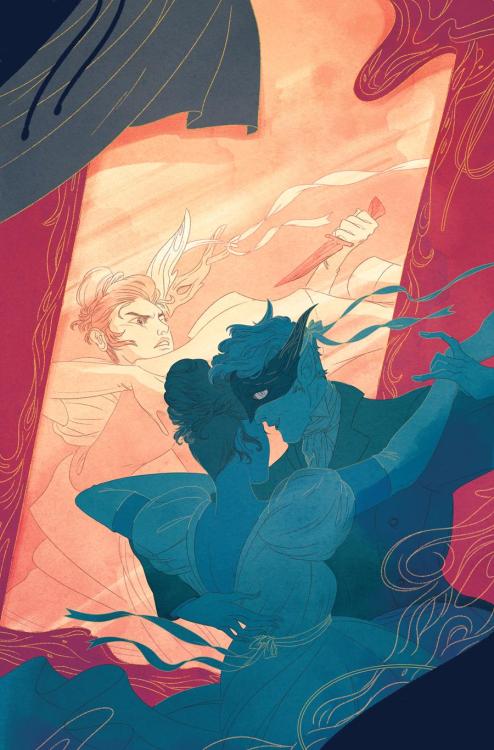 So Blood Passion Ch. 02 went up last week. There was a big mistake with it. Just waiting for the edit to get approved. Basically people were asking if something was missing with the chapter. Something was missing…an entire chapter. I put up 3 as 2 by accident. I thought the edit would be up by now but it is still processing. One it is up, I’ll re-submit chapter 3 as 3 to make everything good.

Newest chapter up for my fans. Enjoy and feel free to leave feedback!

Heads up for those fans of my stories, I’ve got three chapters in the torpedo tubes ready for release over the next couple of months. Yes, ‘months’ sounds like such a long time but I’d rather end up posting one chapter a month than all 3 at once and the nothing for a long time like I did during the Fall.

Blood Passion Chapter 2 will hit soon, as its being reviewed at Lit.

Harem Heroines Chapters 10 and 11 will come after that. 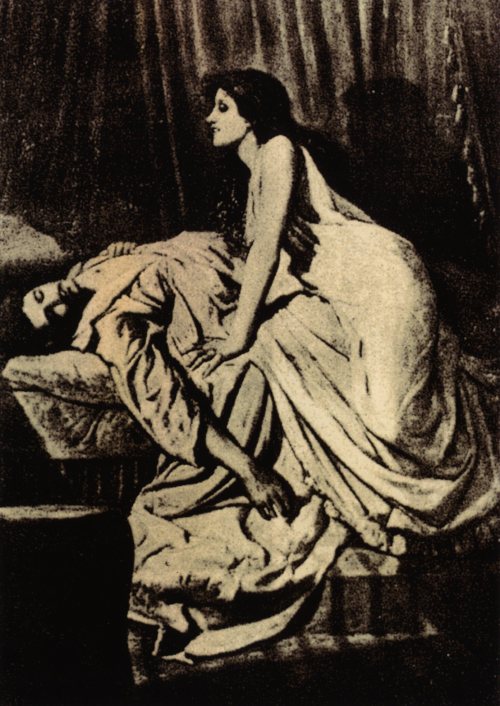 the vampire by philip burne-jones (1897). the model is actress mrs patrick campbell; burne jones was the oldest son of pre-raphaelite painter edward burne-jones.

Pretty sure that would mean the fellas drink tree sap or something. Imagine running from a vampire thru the woods and passing her husband who’s biting a tree real hard

Encounter: Maple syrup vampire husband drinking sap in the woods, also trying to lure you to his literally bloodthirsty wife.

The wife has the classic Villain Of The Night aesthetic, all black, flowing cape, everything, and her husband is wearing red flannel, overalls, a beard, and is welding a log-splitting axe

This person gets it! Classic vampire lady and her lumberjack husband! 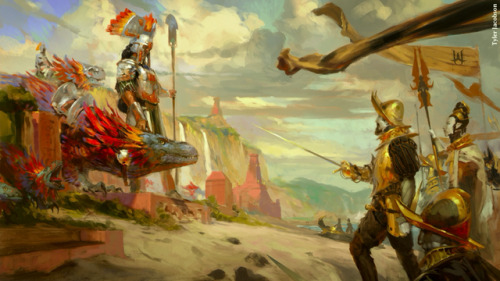 I made a goofy one page rpg today, please enjoy!

#its me im gays #photography #vampires

Commission for @ashzanders of her and her wife’s vampire characters!

Interview With The Vampire - Welcome To The Black Parade

I do not remember dying. I had been a scout for an order of knights which shall go nameless for this. A daughter of a local nobleman had been kidnapped by a mysterious character, and my captain had located his hideout. Deep in the dank underground chambers, I searched until I found the girl. Or what remained of her, a corpse the color of snow, drained of every drop of blood. I knew what the mystery man was right then, but he found me before I found the exit out. He took a good sized hunk out of my fighting arm before I managed to outrun him. I figured I was lucky to be alive. Some luck.

My trip back to the knightly order was a five day journey. I decided to get some rest early to get my arm in better shape in case I found any more trouble. I can’t remember the dreams I had that night – only that I was doing something horrible and I couldn’t stop myself. I woke up screaming. The next night, at an inn a little closer to my destination, my sleep was deep and dreamless. On the third night, I died.

Of course, I didn’t know that I died. I had gone to sleep in a nice warm feathered bed and I woke on a cold wet stone mortuary slab. Dazed, I opened the door to the mausoleum I was in, which I think must have been locked. I was in a cemetery not far from a town I knew, so I wandered in. It was late at night, so there were precious few souls in the streets. I paused to read a public notice and noticed the date. The date was two weeks later than I thought it must have been.
As I puzzled over that, I saw a girl, a wench at my favorite tavern in that town, wandering toward me. I hailed her. She ignored me. I called her by her name, and she turned to me, smiling, but with an expression that told me she did not know who I was. I had visited her tavern on my way over to the mystery man’s hideout, but she didn’t know me!

I told her my name. She angrily told me that it was a very poor joke, that I looked nothing like the brave knight who used to visit the town, and that if I didn’t know he was dead. My emotions were a tangled skein. I could tell she was not joking, that I looked nothing like myself. I was touched by her sorrow at my death, and horrified by the idea dawning on me of what I had become. Suddenly, an overriding instinct overcame all my thoughts – hunger. Without even thinking about what I was doing, I reached out and tore her throat open. I drained her until she looked like the corpse in the mystery man’s dungeon.

–Excerpt from Vampires of the Iliac Bay, describing becoming a vampire. 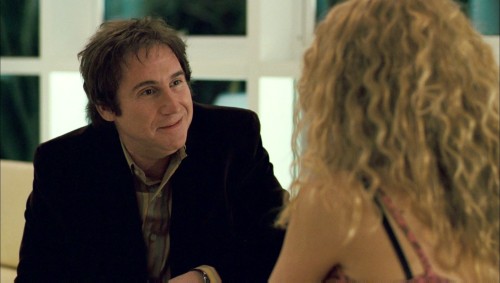 “Writers are vampires. I’m waiting for the right girl to come along and make me a human being.”

A trio of vampires :D