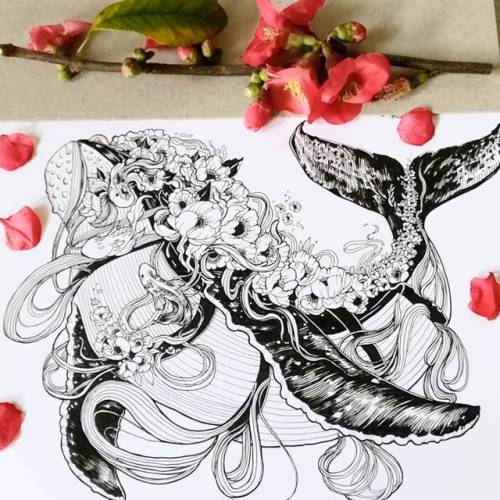 Did you know humpback whales have unique markings on their tails (known as whale flukes) this allows marine biologists to be able tell them apart as it acts as their own fingerprint
.
Juuuust a little obsessed over whales atm. Watched a doco on humpback whales on Netflix recently so many good references and was interesting to learn about these awesome animals ✨ 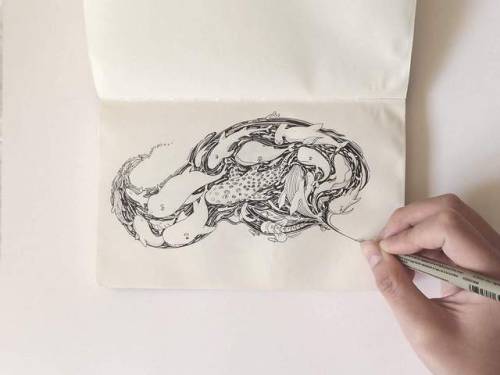 Rare sighting of the largest living animal on Planet Earth, the Blue Whale!

#whales #animals are so awesome 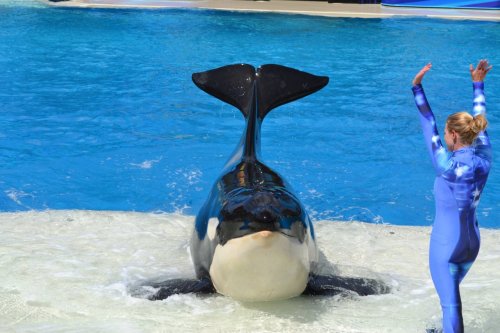 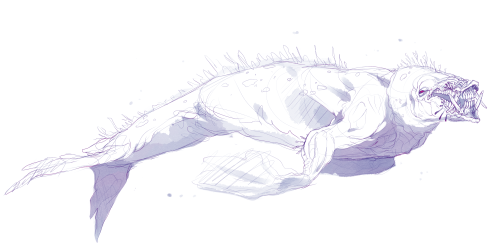 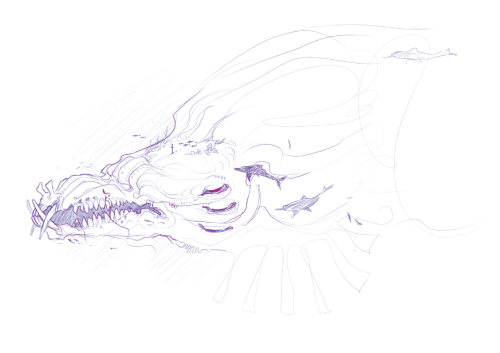 Thebeard is a filter-feeding system attached to the mouth of a wizard. To use its beard, the wizard first opens its mouth underwater to take in water. The wizard then pushes the water out, and animals such as krill, copepods, and small fish are filtered by the beard and remain as a food source for the wizard. The beard is similar to bristles and consists of keratin, the same substance found in human fingernails, skin and hair.

It was kind of a dick move to create animals that require air, then confine them to the freaking ocean

If you are talking about dolphins they used to be wolf like creatures that due to scarcity of food they had to hunt in water so they slowly evolved into water mammals, dolphins still have claw bones but they are unnecessary and dolphins will get rid of them with time and will develop abilities to breath under water

(This also partially applies to whales)

They were what now?

Mother Nature, come out here I just want to talk

Meaning they were somewhat related to big celebrities such as Daedon (the “hell pig”) and Andrewsarchus.

The appearence of the first ancestors of whales probably looked like a small hoofed thing called Indohyus.

It’s important to mention that we now know dolphins will probably never need to develop true water breathing, because the fact that they breathe air from the surface is actually an ADVANTAGE for them. They get more oxygen at once than an animal with gills and it permits a much higher, more energized activity level for longer periods of time.

I can’t remember if it was Daeodon specifically, but wasn’t there some paleontology news that some kind of entelodont was less “hell pig” and more “fully terrestrial hell hippo”? Because I think that’d be much, much scarier to encounter.

Just The Largest Animal To Ever Live on Our Planet Coming Up …….

#under the sea #whales

All five chapter title spreads from my upcoming artbook, “Windows to Worlds” which can be pre-ordered through the Kickstarter campaign here!

Whaling stretches far back in human history, with evidence dating back to the Middle Ages, to Indigenous and cultural uses over the last several thousand years, to the emergence of a global commercial whaling industry over the last two centuries. Commercial whaling in American waters came to an end on Dec. 31, 1971, and the last whale to be taken for commercial harvest was a sperm whale taken near San Francisco Bay, in what is today Cordell Bank National Marine Sanctuary. Thanks to the Endangered Species Act, Marine Mammal Protection Act, National Marine Sanctuaries Act, and other legislation, many of the waters that were once killing grounds for whales are now a haven for wildlife of all kinds.

A captain obsessed with hunting down the white whale that bit off his leg.

Surely there’s more to it than that?

You’d like to think so. But you’d be wrong.

Right. Let’s say you’re a writer, and you want to write a book about whaling. So you research whales and whaling and maybe some history of the areas around the whaling and so on until you pretty much know more than anyone about whaling. Then you take that knowledge and you use it as the background for your whaling story.

What you do not do is put every tiny detail of what you learned about whaling into your book. Or, if you can’t shoehorn it into the main plot, write a preface about it or stop the story to make space for some irrelevant whale-gibberish.

Despite the length of this book, it seems to be a lost opportunity. Think of the things Melville could have done with all that space which he instead uses to talk about whales. No effort, for instance, is made to explore the seemingly obvious sexual symbolism (legs have been substituted for penises in literature since the dawn of time), although the sex life of whales is described in a relatively straight-forward manner. However, he couldn’t find the time to develop the characters.

What should I say to make people think I’ve read it?

“I donate to Greenpeace and this book made me hate whales.”

What should I avoid saying when trying to convince people I’ve read it?

“Hey, I just met you, and this is crazy

But here’s my number, so call me Ishmael.”

Should I actually read it?

Unless you’re interested in a comprehensive guide to whaling in the 1800s, no. It’s a great idea for a book, and you can see where he was going with it, but it’s like Melville forgot that real people are going to have to actually sit down and read the thing. Nevertheless, if you’ve read Game of Thrones and you think the problem with Moby Dick is that it’s too long, you should probably present yourself to the relevant authorities at first light.

Willy the whaleshark and Barry the hammerhead shark! (IG @Qelffy) 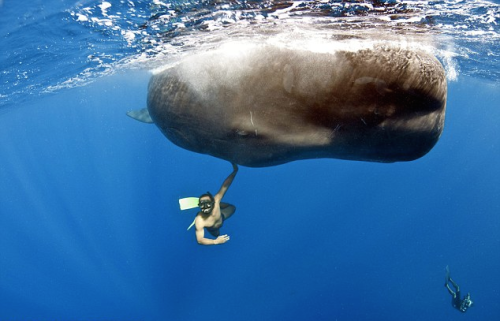 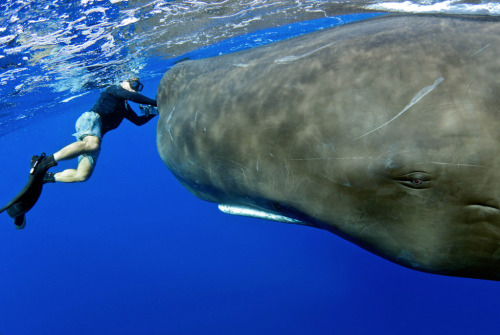 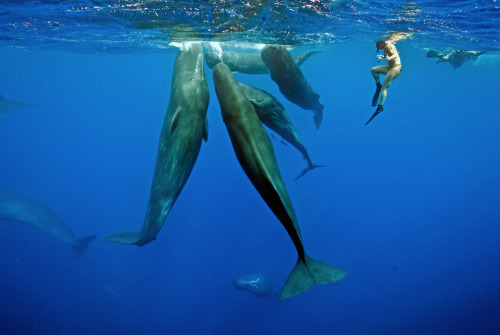 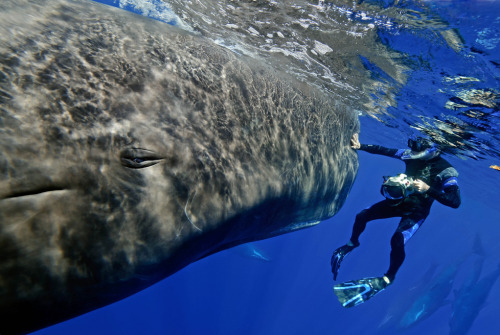 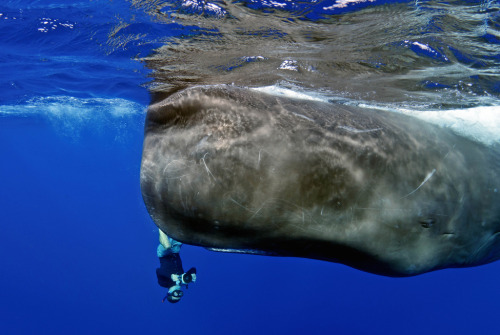 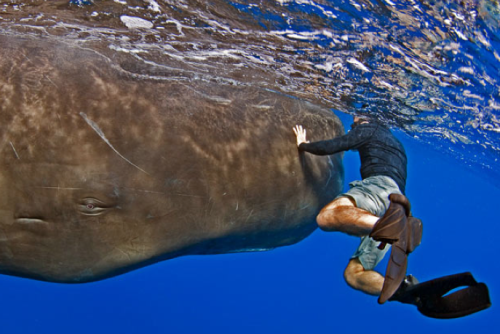 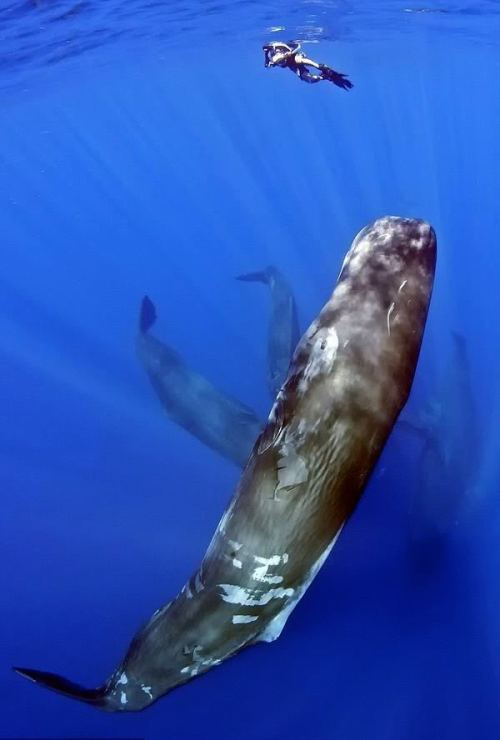 pete g. allinson spends four days to a week trying to photograph the sperm whales off the coast of dominica. there are about 150 whales living in the area, and allinson uses a hydrophone to find their general location, and then waits patiently for the whales come to the surface to breathe and socialize.

allinson, giving the whales plenty of space and using a snorkel so as not disturb the animals with the bubbles of a scuba tanks, then gets into the water in the hopes that they will approach him.

notes allison, “when they interact with us they approach us very closely, rolling over again and again, trying to get us to rub their abdomens and bodies. when you start getting close to them you feel nervous and intimidated, and then as they interact with you feel intense pleasure. you realise they are intelligent.”

he adds, “they are truly beautiful creatures and i photograph them in the hopes of helping to save the whales. the more people who understand these wonderful animals the better”

sperm whales have been hunted for the last three hundred years by those seeking the oily white spermeceti found in its head, which has been used in everything from lamp oil to cosmetics to pharmaceutical compounds, and which gives the whales their name.

currently listed as a vulnerable species, sperm whale numbers have rebounded thanks to hunting bans, though this still puts them at a fraction of their pre whaling numbers. 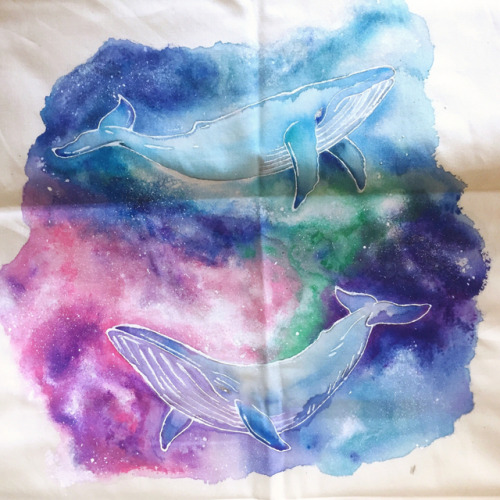