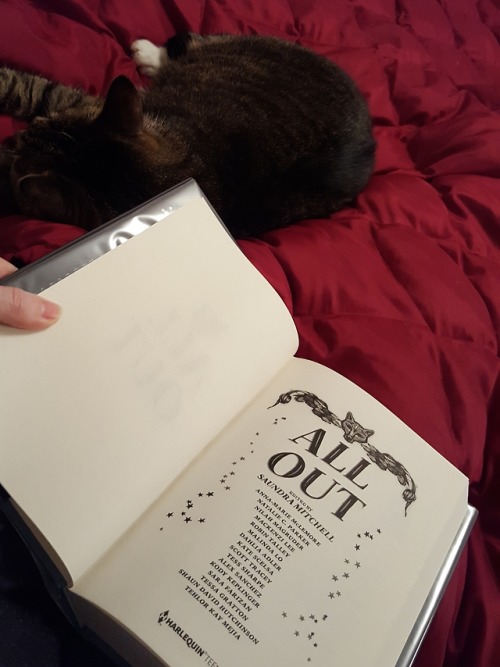 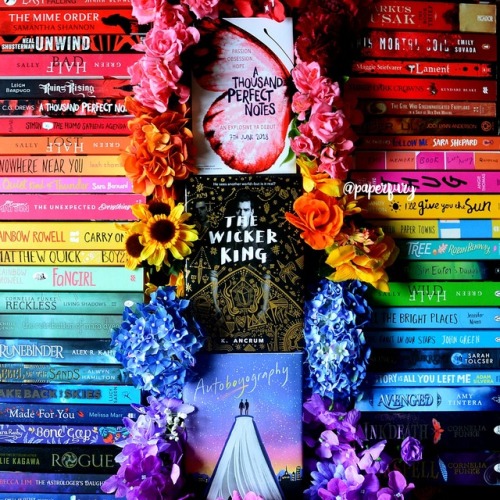 I’m not in the business of predicting stories anymore…. At least, it wouldn’t be a hill for me to die on, or what have you. I’ve learned my lesson. At the same time, I have opinions, and often they’re pretty strong, and my feeling that I naturally get the narrative subtext in a given story and others seem misunderstand at a basic level is also strong. In a way, it almost seems funny, ‘cause these days it seems like people misunderstand a lot more important information, to a lot more problematic results. It’s like, well, misread fiction all you want. That’s what it wants you to do, especially when you’re talking about plot points that haven’t happened yet. Misreading the news and otherwise factual information is just a bit more dangerous and unfortunate.

Still… I’m not sure I want to forbid myself from arguing with people about low-level fangirl stuff, especially since I mostly do it in my head. It’s okay to have some innocuous debates and disagreements, even– or even especially– in today’s fraught times. Actually, it could even be seen as training wheels for your viewpoint tolerance. If you can’t handle courteous opposition to your interpretation of a book, how can you live in a world where people may violently disagree with your right to live, at least without living in a bunker?

Anyway, to the degree I’m exposed to fandom of any kind, it’s people’s comments on the fanart they post or repost on Instagram, so… really minor. Even so, they often feel the need to preemptively defend their ship from attack, claiming hate won’t be tolerated. No one leaves any room for disagreement, on either side of ship wars, anymore than they do in politics. It’s sad. And you see familiar claims and reactions– new theory comes out with new content, is popular, and before you know it– boom! The old ship/theory is oppressed, hated, persecuted. And the worst part is that the debate probably *does* devolve into persecution. Though I mean, I also think people become pretty sensitized to disagreement and criticism of their beliefs/interpretations, too. I’m not 100% convinced that when the minority shipper fanart posts say 'hate’ they actually mean harassment, stuff that goes beyond strong disagreement.

Of course, I mean, I suppose people are even more justifiably interested in a 'safe space’ in their shipping than most other contexts– certainly moreso than political discussions. You don’t have to entertain debate about your favorite ship. It’s really only because, as usual, people try to justify their ship using rational arguments. But the whole point of a rational argument is that it’s *arguing* something. A ship itself is not an argument but a preference. It’s only once you make up supposedly 'good’ reasons that I start getting twitchy.

I suppose I’ve mostly talked myself out of engaging with the arguments, per se. Overall, it leaves a bad taste in my mouth, especially when the ship in question is seen as the 'minority’ interpretation. Like I said, it’s just because of the argument itself.

In this case, the ACoTAR series Elriel fan quoted Cassandra Clare, who wrote that “Being told that love is forbidden doesn’t kill love. It strengthens it.” This appears to be a reference to Rhys, as the High Lord, forbidding Azriel not to pursue Elain in the book extra epilogue everyone’s in an uproar about. This takes the whole situation in the epilogue out of context, basically. Like, yeah…. this would apply, but only if you claim the relationship in question is *love*. Based on the epilogue, it seems a lot more like lust and loneliness, even entitlement. The whole epilogue interaction before that conversation with Rhys was clearly showing the cracks in the reading which previously portrayed Azriel as a romantic, sweet gentleman when it comes to Elain. Not that he’s not a gentleman with her, but it’s more like he’s not really being himself. The context makes the situation more complex than 'Rhys stands in the way of a strong but forbidden love bond’, and in fact that interpretation is pretty silly.

Anyway, in a book series where 'pure love’ with both main love interests so far involved letting the woman go…. basically, there’s a lot of missing context. I can’t help but come up with these rebuttals in my head. I miss arguing with people about books who were actually up for it… but to be honest, fandom was always pretty bad about enabling healthy debates, especially about anything to do with shipping. You don’t even get to feel good when you’re right (unless you’re in your fannish safe space), 'cause most people whose ships sink tend to blame the author and not their own reading.

Not sure what the ideal would be, though. Probably only if I was actually personally friends with a person who shipped something I didn’t, and then we had a conversation about it when their ship sunk. I have this feeling like a part of the problem that creates ship wars is just that these opinions, once they’re widely enough shared, are automatically presented as *groups*, and therefore they’re part of group dynamics. Basically, disagreeing with a friend or even just a single person is not the same as a whole group constantly saying they’re right and your opinions are wrong. Tbh, though, a lot of times even friendship is not enough. I mean, it’s enough not to ruin the relationship between us, but fans who’re really disappointed tend to just be angry and sad, and not in the mood to care much about the book or show in question. I generally tend to retain some interest in open-ended deconstruction even when I’m really wrong, but even my analytically minded friends have been more likely to just quit the fandom and/or stop engaging with the subject.

Not like all my ships have come true by any means, but generally, I have an innate sense of what’s likely and why things make sense in context, especially in retrospect. This reconciles me to all sorts of unfortunate events in stories that I wouldn’t have otherwise preferred. The type of people that see things this way tend not to take sides (or have ships) to start with. Myself, I am like a true believer/fangirl type and the centrist/canon only type rolled into one. I definitely take sides and have strong feelings and preferences… just… retaining a sense of humor and rational criticism of my own preferences and thoughts. Alas, most people are… not this way.

“Shh, it’s alright,” the villain said. “You’re doing beautifully and I’m so proud of you. But that’s enough now. It was cruel of them to make you fight me - you could never have won. It’s not your fault.”

The ancient and powerful villain may have had a calm and gentle face as he spoke, but he was furious, not at the hero, but the gods for continually sending kids and teenagers to fight their battles.

COM: girl learns about strange keys and flees the country

HOF: girl falls for her trainer, who gives her anxiety and an identity crisis

QOS: girl teams up with a perverted ginger man, a rebel group, wears a scandalous night gown and gives everyone a heart attack

EOS: girl fucks shit up in her home country and is wrapped up tightly in a metal box for the foreseeable future 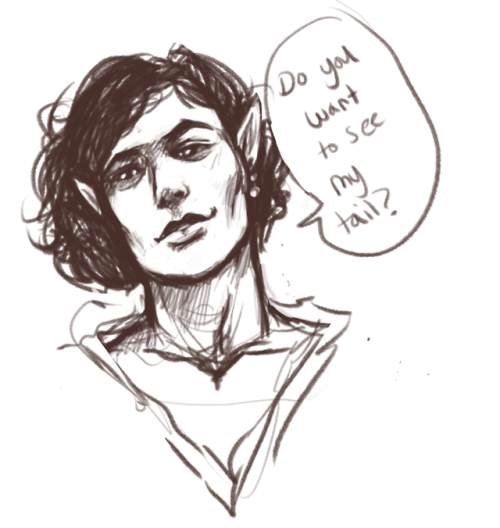 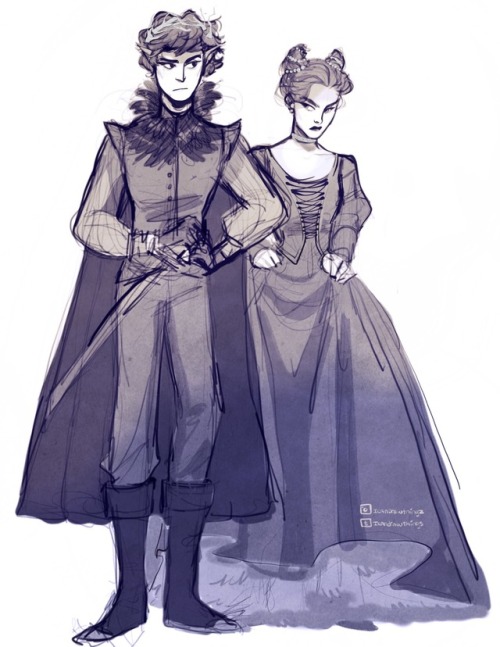 Sorry I’ve been so inactive lately here’s s Cardan And Jude!
I can’t seem to make cardan look young enough, his face is constantly shifting in my mind ugh 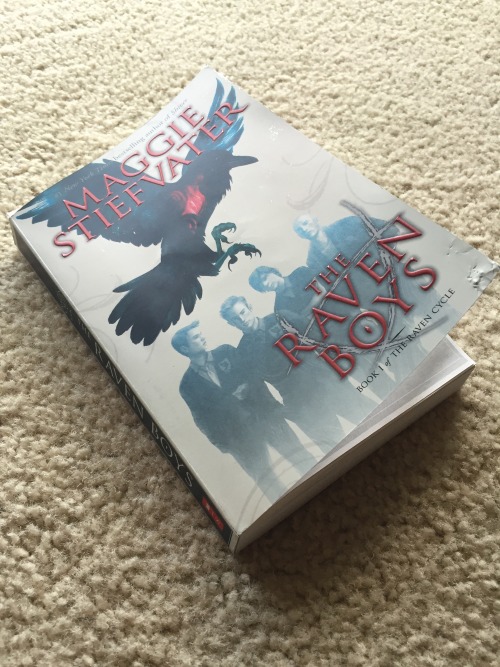 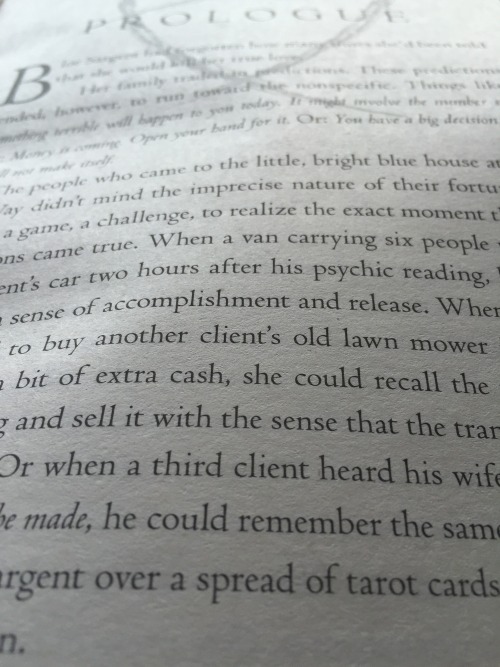 Started The Raven Boys this weekend as per my mother’s suggestion. Determined to finish it before the holiday weekend is out so I can catch up with her.❤️

(And please ignore the shredded corner of the cover…I have a kitten….)

“If I cannot be better than them, I will become so much worse” - Holly Black, The Cruel Prince

For how much I love these two, it’s criminal how little I draw them

Paint day!!! Last week’s sobh post had me crying these two are so cute

The queen of half stars? It’s looking that way.

Some releases coming up in the next few months that I’m pumped about, some I’ve already purchased…

I’ve been letting this blog fall to the wayside and that makes me really sad. I’m going to try to make a bigger effort to get my reviews back on track. Until then, my March Wrap Up!

A Black History Month wrap up!

Two books read back-to-back where I cried my eyes out. Typical.

Starting off the year with 18 books! Now I’m afraid I started out too hot…

The End of Year Survey

The End of Year Survey

I’m going to try my hardest to not repeat any books for all 36 questions. I read 176 books, you would think I could find a different answer for each question…