Fred Armisen and Carry Brownstein create funny as well as the next asexual male/female duo, but last night’s episode of Portandia will certainly put them closer to becoming the best.  The episode begins strong with the show’s version of Armisen and Brownstein trying to escape a barrage of so called “dj’s.” They seek refuge in Carry’s mother’s home only to find that the mother of metal is spinning.  Their escape through the DJ-ridden alley is reminiscent of any zombie movie, a desperate race through the “infected.”  They are rewarded with an ending only Portlandia could pull off, leaving Fred and Carrie on the turntable that is Earth.

The main arch of the episode is certainly one of the series most memorable.  We are introduced to the well meaning parents of Brendan and Michelle, a couple looking to get their son Grover into a private preschool.  From their charts on success and failure to their dvd presentation at the teacher interview, Brendan and Michelle show that they are caring and motivated parents, right up until the episode’s BIG climax.  Other sketches in the episode include live “caller on hold” musicians, gutter punks, Garlan-he’s a little guy, and a recurrence of everyone’s favorite canine do-gooders.

Overall, the latest episode of Portlandia ranks as one of its best, right after Mayor is Missing and Mixologist, in the fact that it is consistently funny while expanding the wonderful and weird universe that is Portlandia.

Watching Portlandia when you’re stoned is not a good idea.

Waiting to board the ✈️

Note: Interior Design (couch) also by the Bins. Not included in listed price. 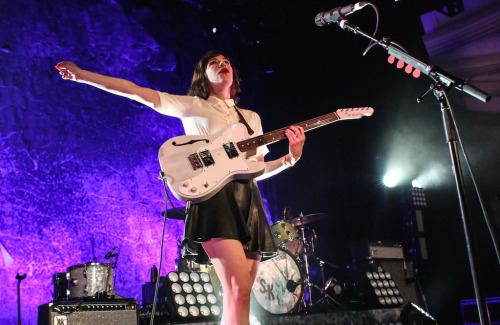